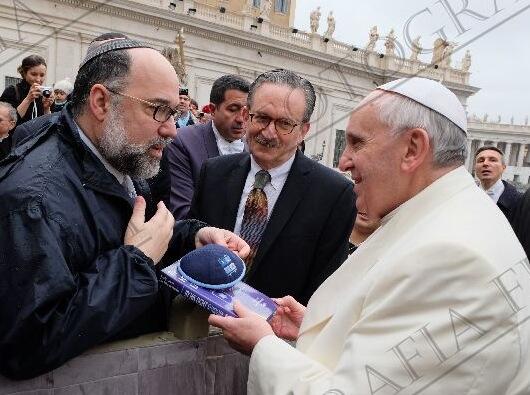 By Jacob Miller
In a shocking revelation this past Monday, Rabbi Leonard Matanky announced his plans to run for the United States presidency in the upcoming 2020 election.  Matanky issued a statement acknowledging the need for a moderate president, after having officially registered as a independent candidate.
In an exclusive interview with the Crown Prints, Matanky revealed his main campaign promise: to rebuild the White House.  “You see, the problem with the White House is that it isn’t properly maintained,” Matanky explained. “I plan on building a new building and employing a round-the-clock task force to continuously repaint the walls as white as Ida Crown.”  Matanky’s vision of a new White House represents just one change Matanky hopes to bring to the presidency. Additionally, Rabbi Matanky plans on running for a five year term: “A Matanky presidency is a five-year-plan; anything short of five years is unacceptable,” said  Matanky.
Matanky plans on nominating Daniel Harris as his running mate and plans on remaining the dean of Ida Crown.  “I can’t speak for Mr. Harris,” Rabbi Matanky told a Crown Prints journalist, “but I will never leave the Academy.  I’ve managed to juggle KINS, ICJA, and the RCA: the presidency will be just another commitment.”
When asked how he plans on bridging the widening partisan divide in Congress, Matanky responded he plans on allocating all partisan disputes in Congress to Mr. Harris.  “If anything comes up in the Senate, Danny will deal with it. He practically works like glue, holding the Academy together: the Senate will function the same way,” he said.   As an afterthought, Matanky mentioned that free donuts might help appease congressman and help members of different parties work together.
Matanky believes his leadership skills are evident in the way he treats people.  “Any congressman that walks into the White House before davening will get a smile and a Boker Tov,”he said.    He prides himself in speaking respectfully to all citizens (if they are dressed appropriately), and listening to their criticism.
Matanky hopes to solicit funding from Jewish organizations on the grounds that he plans on revitalizing the US-Israeli relationship.  “The majority of my funding is from great organizations like the Academy and KINS, but I’m optimistic others will contribute as well,” wrote Matanky in an open email to the Jewish community.
Support from Academy students and faculty for Matanky has been great.  “I’m so excited a former student of mine is running for president,” said David Newman, Matanky’s freshman biology teacher and current Academy teacher..  “As a kid Lenny was very rambunctious, but I taught him not to talk by the yard or think by the inch. I also taught him the word serendipity!”
Simone Miller voiced her support for Matanky, saying, “I love the way Rabbi Matanky is so responsive during town hall meetings, and I think he would make a great president.”  Another group of students sat with Rabbi Matanky in a focus group and taught him how to use social media including twitter. Max Miller said: “We created a Twitter account for Rabbi, showed him how to tweet, and taught him what he was and wasn’t allowed to post.  In general, we said ‘If you’d fire a basketball coach for saying it, DON’T TWEET IT!’”
Matanky is very thankful for all the positive support he receives and says he is running for his students.  “It feels so great to provide a personal example of thriving as a #bentorah in the #modernworld,” Matanky tweeted from his new twitter account.  Adina Arnet commented, “It would be interesting to watch a Trump-Kanye-Matanky election. Who will it be: the realtor, rapper, or Rabbi?”